Apologies for the delay of the CIRCLE Infektio LP. The LP will now start shipping May 11.
Until that date you can add the record to your wishlist.

Conspiracy mailorder accepts orders but will not be able to ship April 25 until May 10 because of being on tour with MONO throughout Asia.
Thanks for your understanding.
Posted by Conspiracy Records at 8:01 AM 413 comments:

The Mamiffer 'Mare Decendrii' 2LP is available now. 500 copies, 100 on crystal clear vinyl, 500 on black vinyl.
When ordering please note we can no longer process credit card payments ourselves and we can only accept paypal payments or bank transfer.
Thanks.
Posted by Conspiracy Records at 7:54 AM 2 comments: 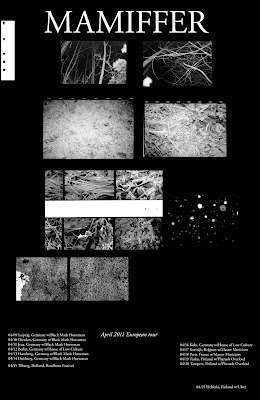 It would be best to acknowledge, right at the outset, that this is not the most easily grasped jazz album you are ever likely to hear. In fact, most listeners will be hard-pressed to think of it as jazz at all: we are dust under the dying sun is moved by the complex forces of sonic ...fields connecting the most diverse genres, by the work of the american minimalists, the improvisational tightness of an act like the necks as well as the purity, mournfulness and plaintive beauty of the blues. But like many things which require careful attention, it intends to repay that attention with a greater reward than you might get from music that reveals its total character the first time around.

This is 3 seconds of air's second album for tonefloat, but, against initial plans, it is not a straight-forward continuation of their flight of song debut. Manifesting itself on we are dust under the dying sun, which, again features Martina Verhoeven, Dirk Serries and Paul Van Den Berg, is a striking shift in perspective. Its most apparent harbinger is Verhoeven's bass, which has moved prominently to the foreground, considerably gained in agility and now spans a wide sonic space behind which her partners' guitars strike up a hypnotic dialogue. Far more than a mere question of production aesthetics, the decision reinforces the formation's creed that, if realised in a musical world in which all element are related to each other in an intricate way, even a seemingly puny move like the adjustment of relative dynamics can result in an entirely different listening experience. Bassist russ sargeant once described the breathtaking effect taking place when the instrument goes from being a mere harmonic support to taking on lead functions: „it's a little like opening a tightly folded piece of paper. suddenly there are so many more surfaces that become visible; more blank canvases to paint upon.“ is it any surprise that the group have always considered the art of jackson pollock one of their major influences?

3 seconds of air are constantly walking on the razor's edge.
The reflections of its blade are revealing the different characters of the band with a new sense of clarity: we are dust under the dying sun is the story of three musicians growing not just as a group, but as individuals. 3 seconds of air continue to unfold that piece of paper, slowly unrapping planes of absolute white like discoverers sailing into the unknown. something new is stirring. and as a listener, it is simply good to be in the middle of it.

Knut will be playing 3 shows in Russia in February:

Posted by Conspiracy Records at 7:20 AM No comments:

Year of No Light fundraiser

Year of No Light are currently working on shooting a short movie (based on their song Hierophante) & they launched a babeldoor page to raise some funds. The site is in French but if would be great if you could have a look and maybe help the guys out!
Year Of No Light Babeldoor

Posted by Conspiracy Records at 7:02 AM No comments: 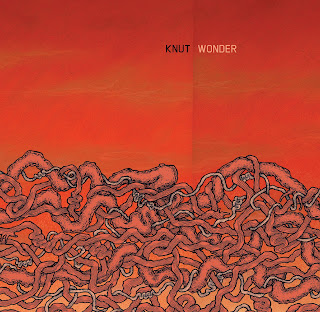 "Their core sound is a mix of classic noise-rock stutter-riffage with hardcore’s rage and metal’s technical skill. If you like Botch, Converge, or Helmet at their most alienating and least pop-friendly, you’ll love Knut. Their music is tight, disciplined rock made by, and intended for, intense men with short haircuts. It doesn’t seem intended to be pleasurable as much as cathartic and cleansing."

Read the full review at Burning Ambulance
Posted by Conspiracy Records at 7:16 AM 4 comments: