Dirk has created a myspace for the Fear Falls Burning - Frenzy of the Absolute Deluxe concert where he performed the album with Steven Wilson, Tim Bertilsson, Johannes Persson and Magnus Lindberg. You can listen and watch some clips here
Posted by Conspiracy Records at 6:57 AM No comments: 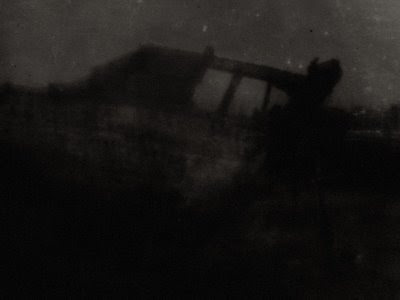 Available for mailorder and download now.
Posted by Conspiracy Records at 6:22 AM No comments:

We are now taking pre-orders for the TAIGA 'Hsheal' LP, due for release December 8.
All pre-orders ship December 8

Taiga is the solo space monniker of Bryant Clifford Meyer from Red Sparowes, Windmills By The Ocean, Isis and The Gersch.
The LP is limited to 750 copies, 180gr vinyl (100 fluo green, 150 solid yellow, and 500 black). This will be a one time pressing, once they're gone they're gone for good!
The LP comes with a download coupon for digital listening pleasure.

Carlo Steegen wrote this when listening to the record:
People who have accumulated a large sleep debt are dangerous. Their pulse rate doubles during nightmares and can lead to uncontrollable insomnia. Taiga's electronic hymns are deeply personal and spiritual, complex riddles that are buried under post-traumatic tape hiss and disturbing reverb. An aura that's beamed from another dimension, echoing down your spine.
Shimmering hypnotics that force dialogue, no seasonal offering of spring mountain-tops but a heartening experience, both precise and organic, that just seems to regenerate itself. Offshore aquatic trance that casts delicate shadows on the floor. Imagine awakening from a cold sweat coma, still paralyzed, but awestruck by space and shuffling movements of ghost hunters breathing through inflatable weapons.
A micro cinematic voyage that feels like Peter Fonda's dazzling appearance in the '67LSD epic The Trip. An old sea with tales yet to tell... Gradually the brain shows signs of fatigue and the haunting question is, why don't you wake up?