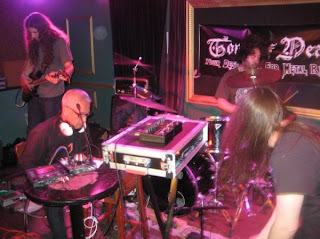 Gnaw have added a last minute gig to their European tour. Tonight (21/10) they will play at Le Detour in Lille, France together with the Swiss band Rorcal. Le Detour can be found at 61 Rue de Fontenoy, 59000 Lille.
Posted by Conspiracy Records at 5:30 AM No comments: 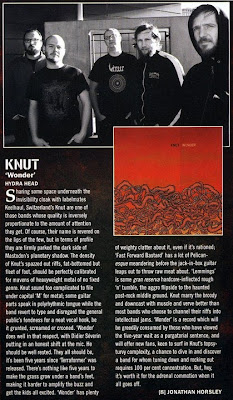 Posted by Conspiracy Records at 7:44 AM No comments: 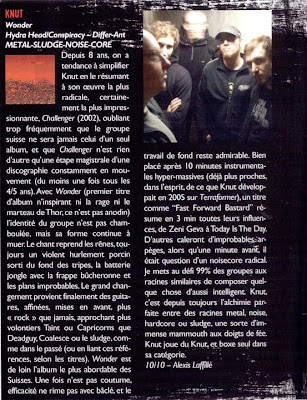 Posted by Conspiracy Records at 4:03 AM No comments:

We are now taking preorders on the three upcoming Conspiracy releases, all three to be releases on October 22.

The first release is the debut album of the Antwerp based band Flying Horseman ‘Wild Eyes’. It's not easy to write something about a debut record, but when we first got to know Flying Horseman we were blown away by the sadness and beauty of Bert Dockx's songs. I remember late at night in some Estonian hotel room after a Mono concert listening to these songs for the first time, and everyone in the room turned silent. We realise all too well this might not be a record you would expect to be released on Conspiracy Records. For us, it's always been about music that matters, regardless of style. This is passionate and pure and heartfelt and disturbingly personal and is thus more important than 90 percent of the music that gets made these days. Lots of bands can 'rock' live, but rare is the band who can create a mood, evoke emotions, make standing in a smoky club feel like standing knee deep in the mud, watching the black night sky, thinking back over your life.
The music of Flying Horseman is like that, delivered with such fervor, so intimate and personal, and with such brutal musical intensity, that the songs take on the gravity and
urgency of sonic directives from some higher power.
Flying Horseman's musical inspiration is derived from Joy Division, Blind Lemon Jefferson, John Fahey, the Velvet Underground, Nick Cave, Woven Hand, Townes Van Zandt, ...
The band around singer songwriter Bert Dockx has been together for over 2 years now, and has been overwhelmingly productive.
‘Wild Eyes’ is their first album, available on CD and 2xLP which is limited to 300 copies.
Flying Horseman Myspace

The second is release is Head Of Wantastiquet’s ‘Dead Seas’. Head Of Wantastiquet is the alter ego of Paul Labrecque, an American musician, songwriter now residing in Belgium.
He has recorded several solo albums and collaborations (with Chris Corsano and Valerie Webb) and he plays and records with the bohemian group Sunburned Hand Of the Man. He recorded for labels such as Mad Monk, Three Lobed, Eclipse and Bad Da Ding. Historically, aesthetically and sonically his new work bears genuinely comparison with ‘American primitivism’. It’s a mix of psychedelic banjo hymns, apocalyptic space folk and incredible drugged out soul-whispers. It layers banjos, guitars and smoke as though they were shimmering veins of black pearls, pulsing against the scarlet dawn. Head Of Wantastiquet manages to take a conceptual precept as dark as life itself, and invests it with an inner glow that churns our own black hearts like butter. This album will be available on CD & LP+CD. We have 3 different colors available; 100 on silver vinyl, 175 on clear vinyl and 375 on black vinyl.
Head Of Wantastiquet Myspace

Knut posted a promovideo for Wonder & their upcoming tour on youtube.


On top of that they posted a ton of pictures from their releaseshow with Dälek & Melt Banana on their facebook. 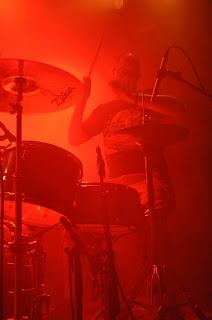 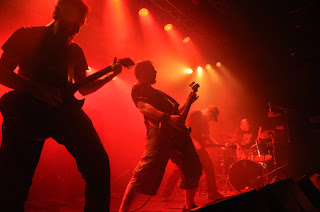 Ccheck out the whole lot here
Posted by Conspiracy Records at 2:48 AM No comments: 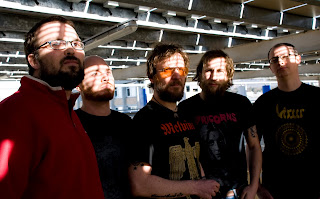