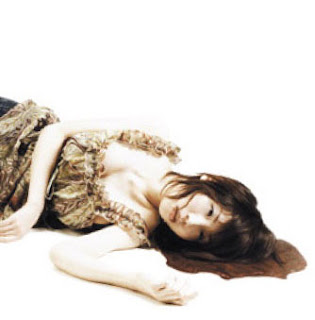 Most likely because of their love for noise, distortion and feedback, Japanese Trio Boris have sometimes been classified as Post-Metal-deconstructionist. In fact, the exact opposite is true. Turning the amplifier into the focal point of their sound, the band may actually represent the original spirit of Sound, Drones and Rock n Roll more faithful than most of their peers. In an age, when Rock has turned into an economic vertical ruled by rational logic, their take on the genre is as reinvigorating as it is, in an admittedly twisted way, pure. Even the outward hubris of a release like „Feedbacker“ signals, if anything, a return to the core values of the genre and to a time when musicians would try and expand the borders of music rather than cater to a bourgeois need for weekendly simulations of revolution: Composed of a single, fourtythree-minute composition characterised as a „symphony“ in the press release and comprising a host of different movements and styles, it defies the law of gravity by proudly revolving around its own axis.

At the time „Feedbacker“ was first published as a co-production between their own, bizarrely titled, Fangs Anal Satan imprint and Conspiracy Records in 2003, Boris were still more of a small cult-band which had managed to secure one-off releases with fledgling label Southern Lord. The album would, however, quickly cement their name as one of the first harbingers of the surge of a new wave of Noise-Rock-bands to whom the sound, physical feeling and immersive qualities of Guitar-feedback meant everything, but the „evil“ aesthetics and distopian Weltanschauung of Metal were more of a gimmick than something to be truly taken seriously. Eight years on, it is not hard to discern what made them such an enticing proposition: Defying fixed terms like improvisation or song, the work drew from the unconscious rather than the subconscious, inventing itself with spell-binding imagination in each moment. It was in-your-face enough for slow-motion headbanging, yet complex enough to warrant repeat listens. Accessible enough to appeal to those in love with the quaffable groove and slacker-mentality of the Stoner-community, yet radical enough to qualify as experimental. And it combined a deep admiration for the classic cornerstones of distortion-worship with the passionate ambition of transcending them.

On the one hand, one could therefore simply perceive the record as a smoothly segued juxtaposition of five distinct tracks. On the other, it also makes sense to regard it as a creative continuum, bracketed by an opening solo-Guitar exercise drenched in warm, crunching frequencies and, a full three quarters of an hour later, a relaxed band-outro rising from the debris of the preceding onslaught like a drowsy phoenix from the ashes. Contained between these poles are a dreamily drifting space-section ingenuously slowed down by Drummer Atsuo's intricate half-time beat, raw, unholy powerchords and an almost funky groove-section, which sees frontman Takeshi contrasting elegant vocal lines with mysteriously metaphorical lyrics: „Must shoot at the season of the fangs that has forgotten to make a decision. Fragments have come together to become me. Millions of me, million ways of living.“ Just when you thought melody and hooks had taken over, Boris relentlessly send the entire piece through the shredder. Riffs are broken apart into their formants, licks smashed to pieces, Guitar- and Bass-lines stretched into chilling, frosty tones, as percussive patterns mutate into a grinding sequence of metallic hihats slowly fading away into darkness.

Boris have always placed seminal importance on communicating with their listeners as directly as possible, which is why live-gigs are probably still the place where their ideals shine through in their most precise and undiluted form. And yet, their studio-output is marked by the very same ideal of music constituting a two-sided exchange. By finding a balance between the textural sound-properties of their music and the notion of a journey marked by development, transition and transformation, „Feedbacker“ forces its audience to surrender to it completely. Sections brimming with beauty take turns with terrifyingly mangled din, wilfully burning whatever background wallpaper-qualities the album may have had, but this is anything but an act of destruction. In the act of listening, a bond is struck between listener and band, which can be taken for an invitation to share the inexplicable intensity of an experience regardless of what's ahead. Compared to the occasionally offputtingly mathematical permutations and calculated aggression of many of their peers, that is an unexpectedly positive message by all means.

By Tobias Fischer
Posted by Conspiracy Records at 2:42 AM No comments: 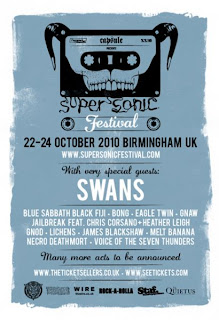 We're very happy to announce that Gnaw will be playing this years Supersonic Festival in Birmingham. Other bands include the legendary Swans, Eagle Twin and Bong among others. For more info visit the Supersonic website
Posted by Conspiracy Records at 3:26 AM No comments: 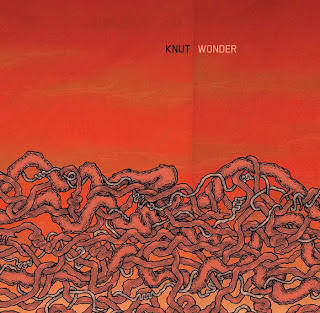 The new Knut album 'Wonder' is now available for preordering! First vinyl pressing is limited to 1000 copies: 100 on gold, 200 on clear/red mixed and 700 on black. Releasedate for this record is 8/6 and all preorders will ship around that date!

Despite gaining a steady fan base and extensive media coverage over the almost two decade long adventure of their career as well as making it to the Swiss edition of Trivial Pursuit, Geneva-based quartet Knut (russian word for “whip”, pronounced “cnoot”) are still occasionally filed away in the popular Metalcore-drawer. On their fourth full-length the band are now setting the record straight.

Three years in the making and again culled from myriads of jam sessions, „Wonder“, released on Hydra Head in the USA and on Conspiracy Records in Europe, has turned out a monolithic album-statement between explosive Hardcore, Noise-Rock, Math-Metal and Psychedelia.

It's all about knowing exactly what works and what doesn't, finding a balance between order and chaos as well as pushing your limits while staying true to your roots.

Staying true to Knut's claim that „over-intellectualizing harms the beauty of creation“, the occasionally complex and intriguingly convoluted structures of „Wonder“ feel very much as though they had been passionately churned out in a single, liberating explosion at Serge Morattel's RecStudio in Geneva (where “Challenger” was recorded back in 2001). 2006's Remix-album „Alter“, on which various producers from the realms of experimental Sound Art (JK Broadrick, KK Null, Dälek, Asmus Tietchens, etc) had transformed some of Knut's cuts beyond recognition, has certainly not rubbed off on the new material. Instead, electronics have turned into a trippy, but subtle layer in the equally dense and spacey sound of the formation. Add to that some of the group's most immediate riffing and the outcome is a hallucinogenic journey filled with astoundingly diverse references ranging from Death Metal to the delirious blend between blissful Ambient and crushing Doom displayed on anthemic closer „Daily Grind“.

Hypnotically switching between fearful intensity, dreamy interludes and massively stretched-out excursions, „Wonder“ moulds these influences into an absorbing, razor sharp and immersive experience. Knut have found their true voice after a trio of releases dedicated to carving out different aspects of their style. For a band who, at one point, felt they'd already said everything there was to say, that's a pretty powerful statement indeed.

“Tobias Fischer / Tokafi”
Posted by Conspiracy Records at 7:41 AM No comments:

Here are two bigger images of the Mono posters, click here to order the tourposter and here for the poster of the Leuven show.
Posted by Conspiracy Records at 7:16 AM No comments:

The Mono - Holy Ground 3xlp's/cd's arrived today and we are shipping them as we speak. We're sorry for the slight delay but these could not get out of the States because of the ashcloud a couple of weeks ago as we mentioned before.
Posted by Conspiracy Records at 5:15 AM No comments: 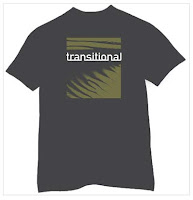 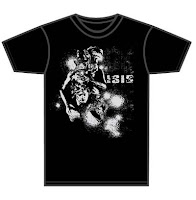 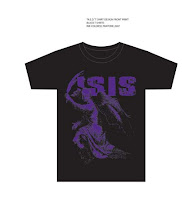 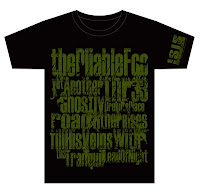 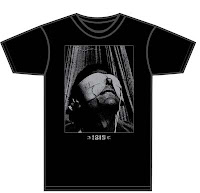 Posted by Conspiracy Records at 7:27 AM No comments:

Both the Wolves in the Throne Room - Black Cascade 2xpicture disc (tour edition and limited to 400 copies) and the Aun/Habsyll - S/T split lp (limited to 500 copies) are now available for ordering. All preorders should be shipped out by now, in case you haven't received a shipping confirmation drop us an email at nathan@conspiracyrecords.com
Click here if want to order the Wolves in the Throne Room and here for the Aun/Habsyll.
Posted by Conspiracy Records at 7:26 AM 1 comment:

This Thursday (May 6th) Gnaw, Ocean and Sin of Angels are playing a free show at Fontana's, 105 Eldridge St, New York , NY 10002. If you want to attend you'll have to RSVP here.

Posted by Conspiracy Records at 4:32 AM No comments:

We've received several emails about the Mono Live release. Unfortunatly these have been stuck in the USA for a while because of the ashcloud over Europe a couple of weeks ago. The parcels are currently at the Belgian customs and should arrive here any minute now, as soon as we have received them we'll start shipping them. The problem is a bit out of our hands but we're sorry for any inconvenience caused.
Posted by Conspiracy Records at 3:25 AM No comments: