CREATURE WITH THE ATOM BRAIN Things have been a little bit quiet in the CREATURE WITH THE ATOM BRAIN camp (due to MILLIONAIRE & other obilgations) but that is all about to change now ....
The Creature has now become a 4-piece as Michiel (formerly of DEAD STOP Fame) has joined them on guitar ! Two brand new songs have been posted on their Myspace page, some shows are scheduled for April '07 and later ...
In case you speak Dutch (No subtitles !) you might want to check the following documentary on CWTAB.
Posted by Conspiracy Records at 6:34 AM No comments:

Here's an update of how things unfold at Conspiracy for the coming few months.

MARCH 21 : THRONES tour 7" ltd
> Intented for the Thrones / Growing European tour, but we have yet to receive the masters, so if this one will gets done on time is yet to be seen... keep fingers crossed.

APRIL 23: ISIS Celestial 2LP
> Escape Artist Records did the Celestial album on vinyl back in 2001 when the album first came out. The record was difficult to keep in print, and to coincide with Isis upcoming European tour May / June this year we are gonna make this album available on vinyl in Europe for the first time.


Posted by Conspiracy Records at 6:01 AM No comments:

We received a return from one of our distributors including 6 Isis In the absene of truth 2LP's white with red streaks vinyl. Only 300 were made, and they are available in our webstore now. First come first served.
Posted by Conspiracy Records at 4:28 AM No comments: edition of 1000
200 blue vinyl
800 black vinyl
Expect this record to go on sale in our webstore starting March 14.
Oficial releasedate is March 26.


72 Min Live 2xLP of complete drone bliss, contains two complete live shows.
These recordings were released on cd through Archive Recordings and are long sold out.

“While Growing continually return to that near-ambient tranquility, the record is a series of meandering excursions into MASSIVE slow motion, melted-riff soundscapes, notes and chords unfurl impossibly slowly, as if someone had doubled the gravity and the sound waves were actually visible, drizzling lazily to the floor like molasses or honey, rich golden globs of thick distorted throb. Like Earth and Skullflower meshed into one buzzing blurry soundfield, all muted melody and crunchy riffage, a pulsing swirl of feedback and guitarral grrrr! The sound is basically phenomenal…” (Aquarius)
Growing is a band from Olympia, Washington that was formed by Kevin Doria, Joe Denardo, and Zack Carlson (who left the band following the release of their first album) in 2001. They play instrumental drone rock with elements of noise and ambient music. Their live shows are known for being incredibly loud, playing straight through their set without break or pause. They have released albums on Kranky, Animal Disguise, Archive and Megablade, and currently have a new full length album out on Troubleman.
Posted by Conspiracy Records at 6:46 AM 1 comment: 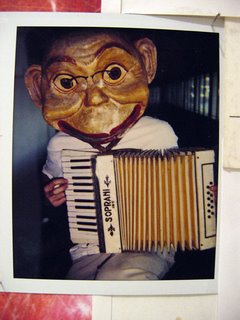 From the Climax Golden Twins website:
After far too long we have updated our humble website: www.climaxgoldentwins.com
There are new mp3s to steal in the "Listen" and "Victrola Favorites" sections. There is a "Look" section with many many many photographs...of us...of our friends...of our enemies...and of our pulchritudinous interests. This section is still somewhat under-construction but you can enjoy it in all its nascent glory right now, even as we speak, and rest assured it will soon be up-dated and expanded upon.

ALSO! Take note! There is a blog like creature lurking on the site for news, photos, quotes, fragments, links, bits, pieces, events, releases, climax occurrences, sounds, films, stuff for sale, and more besides. It will be updated frequently so check back. Hell, make it your home page or download it to your frontal lobe and insert it some place nice.

In other news, CGT is again venturing out into the world for some shows. We'll keep the website updated with any changes...but for now here are the facts:

SAN FRANCISCO, CA (three shows! and they'll all be different...in theory...)
February 16
at Hemlock Tavern 1131 Polk Street
with Factums and The Why Because

February 17 EARLY SHOW!
at the Exploratorium in San Fran: 3601 Lyon Street
Early show at 1:00pm!
This will be an ambient/collage show with accompanying film all based on our collections of 78rpm records and ephemera: music and design from all over the world, or rather the world of pre-1930…
February 17 EVENING
705 Peralta Street
in lovely West Oakland, near the 7th street BART station
probably starting around 9:00pm or maybe later? more info on this later...really...I promise...
featuring a crazed turntablist, 78rpm DJ, Factums, and Marauder and Alibi 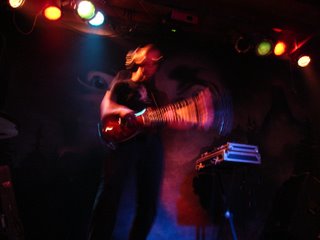 Fear Falls Burning, our friend and ally joined the Conspiracy Records roster, and we're very excited about that! We've known Dirk for a long time, followed his work with Vidna Obmana over the years and we're happy we can now function as his homebase and as a platform to release his music as well as representing him in our booking roster.

In the works is a brand new collaboration album with Nadja due for release May 21. Fear Falls Burning and Nadja released an LP in our limited LP series (which sold out in no time), but the collaborative album will consist of entirely new material.This album will be released in an edition of 1000 digipak cd's, and will be followed with a second collaboration CD he's currently working on with Birchville Cat Motel, also in a limited edition of 1000 digipak cd's. His first proper solo album 'Frenzy of the absolute' for Conspiracy is sheduled for an early 2008 release.

As of now our new webstore is fully operational. We put a lot of work in it and hopefully our webmaster Jan can now get some decent amount of sleep again.

To celebrate the opening of our new webstore, all ordered items get a 10% discount for the next 7 days!

Please check it out at www.conspiracyrecords.com, we hope you dig it as much as we do!
Posted by Conspiracy Records at 3:05 AM No comments: