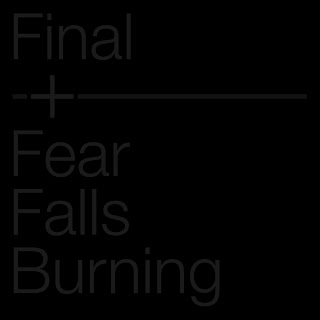 Dirk Serries (Fear Falls Burning) and Justin Broadrick (Final) are both musicians with an impressive discography that spans over 2 decades.
They both emerged from the same underground scene in the early eighties, releasing small print tape releases, often on the same labels. When they finally met for the first time in 2007 on a Jesu / Fear Falls Burning European tour they hit it on straight away.
Their common love and interest in the avant-garde drone, experimental music scene resulted in Final's stunning contribution to the epic 'Once We All Walk Through Solid Objects' 5lp set by Fear Falls Burning.

A full-length collaborative album was only a matter of time.

About a year in the making this collaborative album showcases Final and Fear Falls Burning's ability to expand the drone genre with allowing power chords, figurative plucking and electronic-esque soundscapes to lead the 4 songs on this album.
The collaboration is much more than just a sum of both their projects together but it realizes an entity on its own.

In your face, metal-esque and avant-garde at the same time, Final and Fear Falls Burning took the leap forward in creating a intriguing variation on drone music.

This lp is limited to 500 copies: 75 on clear, 125 on silver and 300 on black. The lp will be housed in a sleeve with varnish print & cut-out and will come with a coupon for a free mp3 download!
Posted by Conspiracy Records at 5:57 AM 1 comment: